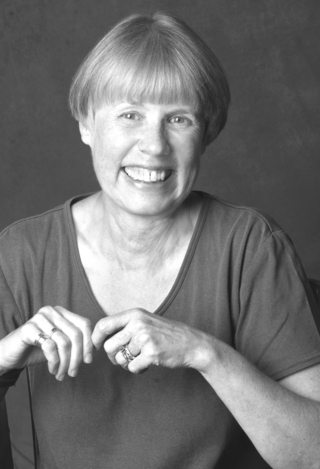 I'm the author of two sort-of-hard-to categorize teen novels. Serendipity Market is a retelling of fairy tales set in an off-kilter world that gets pulled back on track by the power of storytelling. Blood and Flowers is the story of the Outlaw Puppet Troupe. When they're accused of illegal activity they're forced to flee to Faerie, a place that's never quite what you think it might be.

I have an MFA from Vermont College. I graduated from their very first class in Writing for Children. While I was there I was lucky enough to work with Chris Lynch, Jackie Woodson, Chris Raschka, and Ron Koertge.

Before I started to write like it meant something I worked in grocery stores, banks, a department store. I was stuck in retail city! I was also a flight instructor, one of my best jobs ever!

Now I'm a teen librarian and a writer -- also very cool things to be.

I live in Chicago. Yes, really in Chicago, not the suburbs. I share my house with my husband and two sleek and silky cats.